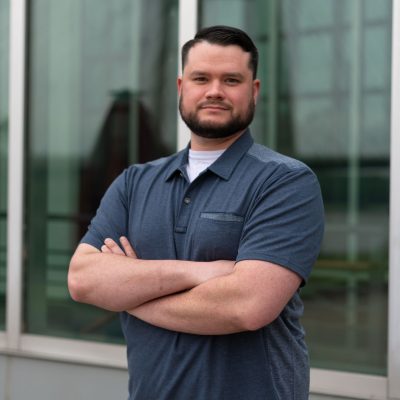 Josh moved from California when he was 4, then went to Cape Schools from kindergarten through 12th grade. After high school, he went into the Marine Corps for 4 years where he was mainly stationed in Cherry Point, NC.

Josh has been married for 12 years to his wife, Briytny, they have a 2 year old daughter named Naomi. He bought his house in January 2013 and has lived in Southeast Missouri ever since. Josh has 2 dogs. Kammie, a boxer, and Rasco, a German Shepherd.

Other than the Marine Corps, Josh worked at Jimmy Johns while going to SEMO for engineering. He decided to go to the police academy midway through the course of his college career. Once he finished the academy in May 2015, he started working at the Cape Girardeau Police Department in June 2015. Josh worked as a patrolman until August 2018, then transitioned to the school resource officer at Central High School before leaving the department in February 2022. That’s when he decided real estate was the right avenue for him!

Josh got into investment properties in 2020 with his partner, David Ludolph. Their company name is JDRI, which is an acronym meaning Just Dudes Radically Investing! JRDI now owns 8 properties, 4 of which are duplexes, totaling 11 rental units in just 13 months.